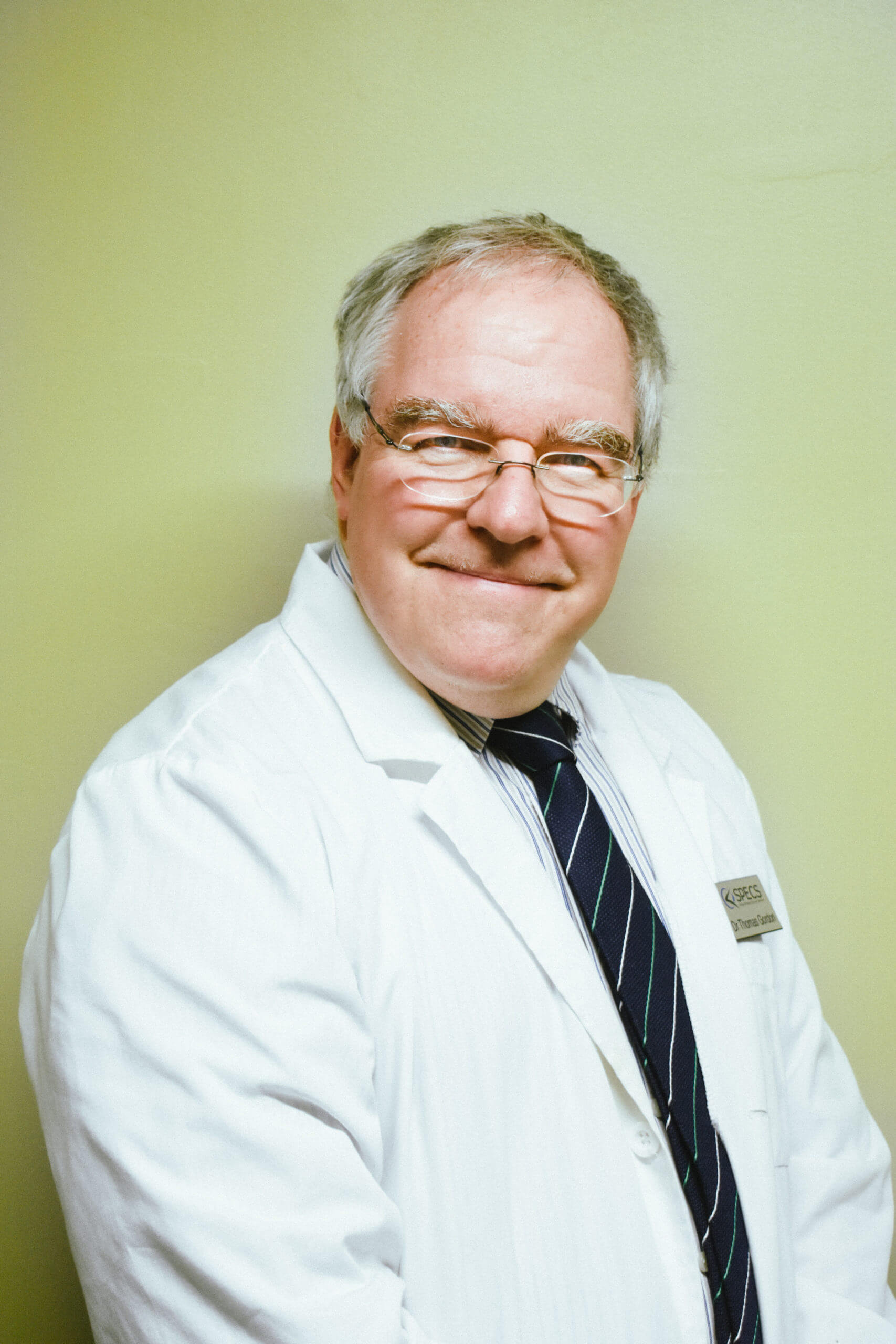 Dr. Thomas V. Gordon began to pursue a career in Optometry in 1984 after completing a BS in electrical engineering at the University of Maine at Orono. In 1989, Dr, Gordon received the Doctor of Optometry degree and joined his father's practice in South Casco, Maine. In 1990, the Gordon family suffered a great loss when Dr. Gordon's father unexpectedly passed away. Although it was a difficult time for the family, they pulled together and continued the practice.

Dr. Gordon expanded the office building in 2000 and continued to care for his patients using the latest technology and treatments available in the optometric field.

When he isn't seeing patients, Dr. Gordon enjoys his family time with his wife and three children.